How many people can you fit into a bug? Not just any bug, a VW Bug. This was a thing back in the 60s when the Beetle was the car to own and people thought cramming themselves into small spaces was fun. This is the playful appeal of the lovable little car, and why we are proud as South Africa to have played a part in manufacturing this classic icon.

Why the Beetle is the original “People’s Car”

As the first Volkswagen ever designed and produced, the VW Beetle is one of the greatest automotive icons of the 20th century. First manufactured in 1938 in Germany, it was given many fond nicknames across the world – named in its home country as the “beetle”, in France as the “ladybug”, and in Nigeria as the “tortoise car”.

During the 60s and the hippie era, the car represented a symbol of personal freedom and often seen painted with colourful patterns and graphic images, but perhaps the most popular was the daisy, a flower that symbolised peace and love. No other car could represent or sport these two traits better than the Beetle.

August 31, 1951 – a historic date for Volkswagen South Africa. 69 years ago the first VW Beetle rolled off the assembly line in Uitenhage, Port Elizabeth.

For 28 years since then until the end of production in 1979 – 290,000 Beetles were sold in South Africa. During this time, it was the top-selling vehicle in the country for 11 years.

With 21,529,464 produced, the Beetle is the longest-running and most-manufactured car of a single platform ever made.

Launched in the 50s in South Africa, infused into South African driving culture into the 70s shaping the memories of generations, the VW will always be fondly remembered as the People’s Car and a part of South African heritage. 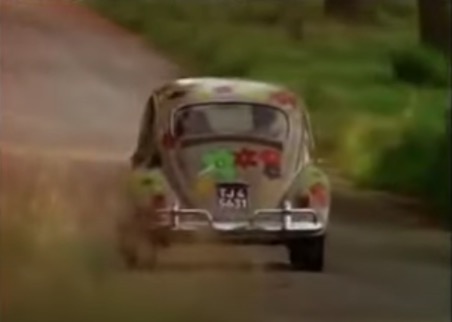 So How Many People Can Fit Into a Beetle?

Twenty. According to the Guinness World Record, in 2010, twenty university students piled into an old 60s Beetle in order to bring attention to human trafficking. Volkswagen – a true people’s car!

Disclaimer: This information is for entertainment purposes only. It must not be construed as advice, legal, financial, or otherwise. We do not make any warranties about the completeness, reliability, and accuracy of this information. The views and opinions are those of the author and not necessarily those of Auto Pedigree.

Child Safety On The Road This December